Four young and impassioned musicians join together to champion the repertoire of the 17th and 18th centuries. The foursome (flute, violin, viola da gamba and harpsichord) forms the core of a larger ensemble, La Chapelle Harmonique, which gathers together a choir and a period-instrument orchestra bringing a new interpretation of J.S. Bach works.

Gabrielle Rubio was born on May 20, 1997 in Perpignan. She began her musical studies at the CRR Perpignan-Méditerranée at the age of 4. At the age of 6, she approaches the guitar in Michel Rubio's class and the flute in Annie Ploquin's class. In 2011, 2012 and 2013 she get three DEM in flute, guitar and baroque flute, accompanied by the highest awards. In 2010 and 2012, she won first prizes in two national flute and guitar competitions.

In February 2014, Gabrielle was unanimously admitted, first nominated, to the Paris National Conservatory entrance examination at the age of 16, in baroque flute, in the class of Jan De Winne. In June 2014, she joined the Orchestre Français des Jeunes Baroque, under the direction of Christophe Coin; she will perform with this orchestra in Aix-en-Provence, Blagnac and at the Maison de Radio France in Paris.

Gabrielle is currently in the master's degree program at the CNSMD in Paris, where she will meet musicians such as Barthold Kuijken, Marc Hantaï, Aurélien Delage, Alexis Kossenko, Blandine Rannou, Julien Chauvin, Olivier Baumont and Kenneth Weiss.

Parallel to this baroque course, Gabrielle is in the 2nd year of a Master's degree in guitar at CNSMD in Paris, after having obtained her Bachelor's degree (DNSPM) with honors. 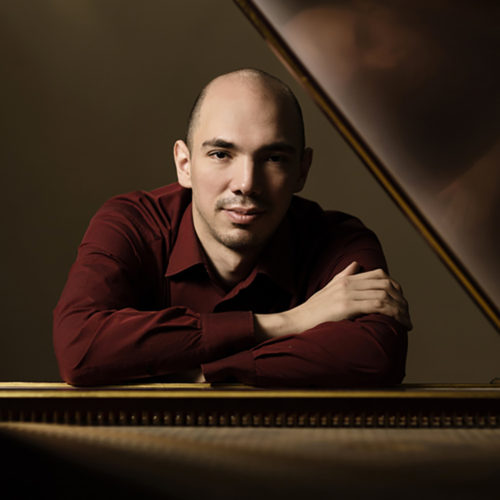 Born in Saint-Louis (Réunion Island), Jean-Christophe Dijoux moved to Paris to continue his piano studies at the CNSMDP, where he discovered the sound of early instruments. After studying harpsichord and thorough bass with Françoise Marmin and Frédéric Michel, he graduated with distinction in the harpsichord classes of Robert Hill and Michael Behringer at the Hochschule für Musik of Freiburg (Germany). Subsequently, he entered the Schola Cantorum Basiliensis, took basso continuo lessons with Jörg-Andreas Bötticher, improvisation lessons with Nicola Cumer and Rudolf Lutz, and currently receives guidance from Marieke Spaans and Françoise Lengellé.

Jean-Christophe was the harpsichordist of the Orchestre Francais des Jeunes (OFJ) in 2010 and of the European Union Baroque Orchestra (EUBO) in 2012 under the direction of Lars Ulrik Mortensen, Riccardo Minasi, Margaret Faultless and Paul Agnew.

Jean-Christophe has performed as soloist or as part of ensembles in Europe and Canada.

His first solo CD ``Varietas`` was released on Genuin Classics in June 2016 and has already been praised by the critic. 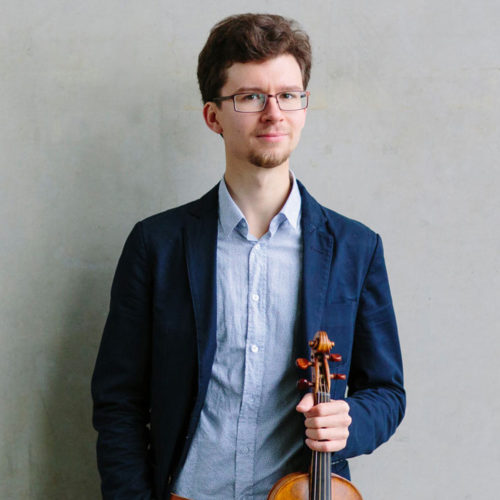 Born in 1989 in St-Petersburg, Evgeny got his first education at the Conservatory there. While studying he had already become a laureate of major international competitions such as Menuhin Competition in Cardiff and Paganini Competition in Genova in 2008. In 2010, on the sly from his conservatory teacher, he joined a Bach competition in Leipzig and suddenly got there a first prize. This prize persuaded him to turn to authentic ways of playing and to studying baroque more thoroughly. In 2016 he got a first prize and audience prize in “Concours Corneille” in Rouen, France; and in 2017 Evgeny won Brugge International Competition Musica Antiqua.

Since 2016 Evgeny has been living in Cologne and currently serves there as concertmaster of a famous baroque ensemble “Concerto Köln”, becoming one of the youngest musicians who have ever leaded this historical collective.

As both concertmaster and soloist he regularly performs in a major concert venues in Europe: Concertgebouw Amsterdam, Philharmonie Köln, Musikverein Wien, St-Petersburg and Moscow Philharmonic, and is invited to a famous festivals such as Bachfest in Leipzig, MA Festival in Brugge, Thuringer Bach Woche in Weimar.

Evgeny collaborated with well-known musicians: Vivica Genaux, Andreas Scholl, Dorothee Oberlinger and others. He recorded solo CD with Bach and Biber sonatas in 2011 by Genuin Classics. 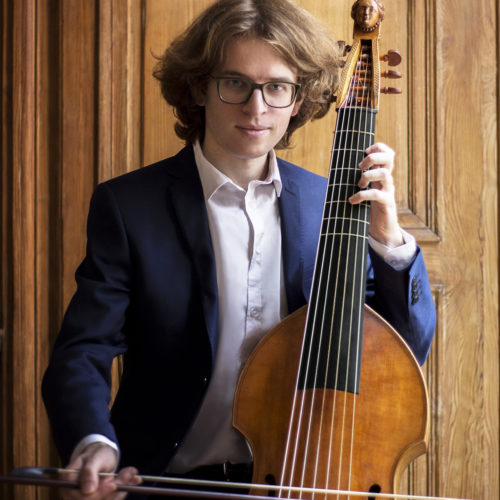 Leaving in a musical environment since his birth in 1996, Valentin Tournet starts with viola da gamba at the age of 5 and rapidly gets passionate about this instrument. He gets his first price of Viola da Gamba and chamber music at 14 years old.

At the same time, he belongs to the Children Choir of the Paris Opera which enabled him to participate in many operas and concerts in prestigious theaters (Bastille opera house, Champs-Elysees theater, tours in Syria and Jordan...)

During many years, he studied with Jerome Hantai, Emmanuelle Guigues and participates to Sablé Academy.

Later on, he goes to Brussels to attend Philippe Pierlot classes at the Brussels Koninklijk Conservatorium, then to the Paris National Conservatory of Music with Christophe Coin. He becomes Jordi Savall student with whom he shares a passion for the art of improvisation. Thanks to this rich musical environment, since he is 13 years old, he performs all over Europe as soloist during concerts, musical tours and festivals.

He started at the MA Bruges Festival and at the Oude Muziek Festival in Utrecht as a soloist.

Discovering orchestra when he was at the Opera makes him passionate about conducting he studies with Pierre Cao. He meets with Philippe Herreweghe and follows his work within his Ensembles.

In 2017, he creates La Chapelle Harmonique, a choir and a period-instrument orchestra. The first concerts of an unknown version of Saint John Passion took place in the Royal Chapel of Versailles Palace.

Artist in residency at the Fondation Singer-Polignac, he is supported by Fondation Safran, Fondation Meyer and Porosus Endowment Fund.